A guide to facial exercise and skin care

Discussions on how to do facial exercises and what these exercises might accomplish.
Post Reply
7 posts • Page 1 of 1

I´m doing Tom's 6 exercises on a daily basis, but since I still havn't grasped the occipitalis exercise my forehead muscles are not really exercised to the same extent as the other facial muscles that are exercised in Tom's program. I´ve been checking around on the net and there are many other facial exercise gurus that claim that their exercises are the best. Some exercises seem logical and useful while others (in my eyes) don't.

For instance I found this exercise https://www.youtube.com/watch?v=PHpGbdtDZ7U for your forehead.

I think we all can agree that the muscle used to lift your eyebrowses is the frontalis muscle. But when doing the exercise in the video from Cynthia Rowland the frontalis is not contracted. In my case it feels more as if primary the corrugator and secondary the orbicularis oculi muscles are working to resist the upward and slightly outward motion exerted by your fingers. I'm thinking that this exercise only will make the corrugator stronger (which is something I definitely don't want) and as a result deepen an already present frown line in my forehead.

What are you opinions on this exercise? Cynthia Claims that by doing this exercise for seven weeks your eyebrowses will lift and lines in the forehead will diminish.
Top

I share your sentiments, Faraway, and the first thing I thought when I saw the exercise was that you, in particular, do not want to do this exercise. Indeed, it is the corrugator one contracts in that exercise. The fingers help prevent the skin from crunching up and creating lines where the elevens form between the eyebrows when you frown but I do think that the resistance they create strengthens and builds the corrugators and would make them bulge out. That would mean for you, that instead of having just your procerus bulging out, you'd have corrugators bulging out too, creating a kind of visor.

It can be argued that perhaps doing Cynthia's entire program might balance things out. She has bangs most of the time so it's not possible to see what her forehead looks like, but judging from her sister's, perhaps there is a balance in doing the whole program. However, my fears about the bulge don't seem so farfetched because in this video you do get a glimpse of Cynthia's forehead and she does appear to have pronounced muscles above/around her eyebrows, although they are not so bulky that you'd notice them unless you were obsessed with studying faces or face exercises like someone I know.

That said, I do thinks she is right when she says the exercise will eliminate forehead furrows. When you consider what it takes to form forehead furrow, it is raising the eyebrows and contracting the frontalis muscles:

People who do this as a habit, at the expense of making a lot of other opposite movements, end up with very strong forehead muscles that stay in semi-contraction and thus the skin stays frozen with permanent forehead furrows: 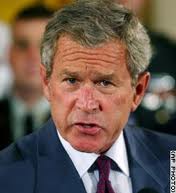 Cynthia's exercise is doing the opposite, which calls for relaxed frontalis but contraction of the corrugators and procerus (C&P). The C&P muscles are attached to the frontalis so if they get strong, then they would exert a downward pull on the usually frozen upward contraction of the frontalis that creates a creasing of the skin (in people with forehead furrows) and in time, their pull would match the frontalis' pull in strength and thus flatten it, opening up the skin folds to create a smooth forehead.

Face exercises are really a tricky business because the muscles lie in all sorts of directions so whatever you do in one place affects so many other places. I know you worry about how far behind your occipitalis muscles seem to be in gaining enough strength to respond to your brain's command to contract. And it is easy to want to do something NOW to address what you view as an urgent problem that needs solving NOW. But my belief is not doing it just yet will not hurt you in any way. And no matter how long it takes, you will eventually get it like everyone else has, so just keep working at it. Even when you think nothing is happening, baby steps are taking place and muscle fibers that have never been asked to do what you are asking them to do now are getting stronger with every try. In time, they will be strong enough to show you what they can do.

Raising your eyebrows (the first part of the scalp exercise) requires that your C&P to be relaxed. That's a good thing for you who has been over-contracting your C&P muscles. So you are already halfway on your way to fixing that bulge. Then as often as you think of it, just try to do the second part of the exercise. There are so many suggestions from others who struggled with the exercise both in this forum and the archives that you might find helpful in achieving the control you don't yet have. Add to that a conscious effort to be aware of your facial posture so you aren't frowning unnecessarily and you are on your way to the finish line.

Part of why I like Tom's program for anyone starting off is because there is no resistance, except in the newer exercises (hands on face for the eyes and Exercise 6) and so it's an easy and error proof intro to face exercises where you're not likely to get any damage or overbuild. And since you have an overbuild, if I were you, I would be afraid of doing another resistance program unless I had 100% guidance from an instructor who understood what exactly led to your overbuild and could thus customize a program to balance things out by applying resistance training selectively to only parts that won't make things worse.

Without such precise guidance at my disposal, I would just stick to the devil I know. But if you decide to do another program, please get the entire program and do it in full. Doing an exercise you saw on Youtube that promises results--unless you are able to access the entire program on YouTube like Face Aerobics by Peta so you can do it in full--will only lead to more problems.
Top

When it comes to the scalp exercise. I think I´ve located and managed to activate the occipitalis. If I put the palms of my hands at the back of my head in height with the top of my ears and with slightly centered hands so that I can cross my fingers (exept the thumbs). Then as I try to contract the occipitalis I feel that something is bulging out/swelling under my palms. I assume that what I feel is the occipitalis contracting. This contraction does however not result in any scalp movement whatsoever. I´m thinking that I´m on the right path, but my occipitalis are perhaps simply still weak and far from fully developed in strength and size.

As long as the occipitalis aren't developed and as long as I haven't "get it" then I´m thinking that I should probably skip the contraction of the frontalis muscle when learning the scalp exercise since it would create and deepen lines in the forehead, which I believe also is Tom's recommendation (I think I read it somewhere).

But, one can still exercise the frontalis without crunching up the forehead. Would it not be wise to do a frontalis exercise like this one https://www.youtube.com/watch?v=ByKT-Bxd2RQ. Then move to Tom's frontalis exercise as you´ve gained better control of the occipitalis.

Comments on this?
Top

Your description of how to feel the occipitalis muscle is perfect - "If I put the palms of my hands at the back of my head in height with the top of my ears and with slightly centered hands so that I can cross my fingers (exept the thumbs)." I just tried this maneuver. It works. When I contract my occipitalis the palms of my hands pick up the contraction. I have scalp movement though. Not as much as I thought but still I can see my scalp move. What powers the scalp movement for me is the alternating contraction of both the occipitalis and the frontalis muscles.

I watched Ana Lee Hagen demonstrate the exercise for the frontalis muscle. She uses her hands to prevent the horizontal lines from forming. She also demonstrates an exercise for the procerus muscle (the frowning muscle) in which she uses the tips of her fingers as resistance. I have two comments here. (1) I don't think the gentle frontalis exercise will tone up that muscle. Of course I could be wrong about this. And (2) I don't think it is wise to develop the procerus muscle. Let that one lie dormant.

I enjoyed reading your message. I'm going to use your "palms of the hands..." description from now on. A little plagiarism if the source is good is not a great sin.
Top

When I contract the occipitalis the top of my ears flattens out just a tiny bit and at the same time the earlobes move out a bit. It´s as if there is a small rotation of each ear with their pivot points is near the top of each ears.
If I contract the frontalis I can't see any ear movement at all. How much your ears as well as the scalp move when doing these exercises are perhaps individual?

If I smile broadly then my ears rise!
Top

I don't know if how much ears or scalp move is an individual thing or whether it depends on how strong one's muscles are. I suspect the latter: Tom has been doing this exercise for almost 7 decades and so it's no wonder that the movement of his scalp is pretty impressive and unmistakable.

My ear movement has become more detectable to onlookers now. Previously anyone I'd call to witness my ears moving during the occipitalis contraction would look at me with confused amusement or annoyed impatience because nothing was happening as far as they could see. LOL (I had come to the conclusion that they either need glasses, were simply haters, or they just had poor timing and would blink just when the movement would occur and miss that "oh-so-encore-worthy" performance entirely.

I still cannot see the ear movement when I contract my frontalis and raise my eyebrows, but if I place my hands lightly on my ears, I can feel a slight upward movement. And just as it is with he occipitalis contraction, my left ear moves a lot more than my right one does.

Not sure why, but this^ made me think of Mowgli in The Jungle Book.

As soon as I gained control of the occipitalis muscle at the back of my head, I had almost the same scalp movement and ear movement that I have today. Perhaps some people get more scalp and ear movement as the years go by. It did not work that way for me though.

It's too bad that Mowgli has all that hair covering the ears. Without all that hair I could see the ears move (or not move). I was watching the hundred or so cats roaming free at Colony Cats this week. Their ears and scalps are really mobile. Any little noise and their ears move to locate it. Cats are fascinating.